Kisses from Italy Partners with ExpanGlobal for Planned India Expansion

As it steps up its overseas push, Kisses from Italy reveals plans for India

Kisses from Italy Inc. (OTCQB:KITL) announced today that it has entered into a partnership agreement with ExpanGlobal, a leading market entry and expansion company headquartered in India. As an initial step, ExpanGlobal will be representing Kisses from Italy at the Global Franchise Show being held on February 22nd in Mumbai, India. Over the last few months, both organizations have learned a lot about each other and have come to realize that they share similar views on driving growth through expansion in India. “Both teams are ambitious and driven and we are certain that this will result in a solid synergistic alliance,” stated Kisses from Italy’s co-founder, co-CEO and CIO, Claudio Ferri.

“We are very excited to announce the completion of our first franchise agreement in the state of California and are proud to welcome our first franchisee partner in California, Ms. Sharon Preston, who will definitely strengthen our organization with her vast experience, of more than 25 years in the retail sector.” asserts company co-founder, CEO and CIO Claudio Ferri. “We foresee the imminent development and opening of the first location in the beautiful city of Chino, California.”

Kisses from Italy Continues to Expand its Network

Kisses from Italy Inc. (OTCQB:KITL) announces plans for continued expansion and site exploration for additional store fronts across Canada, through its wholly-owned Canadian corporation, Kisses from Italy Canada Inc. Canada presents many interesting avenues for potential Kisses from Italy locations and distribution partnerships for authentic Kisses from Italy products. “With our initial foothold in the U.S. and following the opening of our first European location in Bari Italy, in October of 2019, it has given our company the opportunity to structure and strengthen our global distribution network” said Michele Di Turi the company’s President and CEO. “We continue to move forward with our aggressive expansion plans by carefully considering the best available opportunities through the different facets of our company.”

Kisses from Italy Inc. (OTCQB: KITL), a U.S. based fast-casual Italian restaurant operator and franchisor, who’s Common Stock was recently approved for trading by FINRA, announced today that its common stock has been approved for uplisting from the OTC Pink Sheets to the OTCQB Marketplace (OTCQB) under the symbol KITL effective as of October 11, 2019.
“The listing of our common stock on the OTCQB Venture Market is an important milestone for the development of Kisses from Italy” said co-founders Michele Di Turi and Claudio Ferri. “We are making significant progress and improvements with our business and our uplisting to the OTCQB marks an important part of our strategy to develop and execute our plan to establish ourselves in the quick service restaurant space, primarily fast-casual, franchising and distribution market segments.”

MIAMI, Fla., Sept. 23, 2019 (GLOBE NEWSWIRE) — Kisses from Italy Inc. (OTC Pink Sheets “KITL”), a U.S. based fast-casual Italian restaurant operator and franchisor, today announced that its application to trade its Common Stock was approved by FINRA.  The Common Stock now trades on the OTC Pink Sheets under the symbol “KITL.” The Company will immediately submit its formal application to uplist to the OTCQB platform. While there are no assurances, management of the Company believes it meets the requisite criteria for this uplisting.

The OTCQB is a venture market operated by OTC Markets Group and established for early-stage and developing U.S. and international companies. To be eligible, companies must be current in their reporting and undergo an annual verification and management certification process.

“We are thrilled to announce that our initial European location will be a Kisses from Italy – Restaurant, Bar and Lounge concept,” states Company President and CEO Michele Di Turi. “We are both hopeful and confident this will be the first of many new outlets across the European continent. Italian traditions and culture have always been the source of inspiration behind our culinary concept,” continued Di Turi. “It was therefore only natural that we select an emblematic locale to begin our expansionary journey through Europe. It is expected to allow us to establish and build our European franchise program and distribution network, as well as creating efficiencies that can be scaled across the various business units.”  The new restaurant, located at Strada Provinciale 70 #100, Via Vittorio Veneto 100 Ceglie del Campo, Bari, Italia, is also expected to become the Company’s training facility for future franchisees in Europe.

MIAMI, July 05, 2017 (GLOBE NEWSWIRE) — Kisses from Italy, a U.S. based fast-casual restaurant chain and now franchisor, is proud to announce the launching of its national franchising program and the completion and sale of the first franchised locations, set to be developed, built and opened in the coming future.  Following the months of preparation and hard work in completing the Franchise Disclosure Document (FDD) and all required documents, with the support of renowned franchise lawyer Harold L. Kestenbaum and his team, along with iFranchise Group, the world’s premier franchise consultant, the entire team is very confident about taking Kisses from Italy to the next level, with territorial and global market expansion of the franchising division being next in sight.

MIAMI, July 18, 2016 (GLOBE NEWSWIRE) — KISSES FROM ITALY Inc., a U.S. based fast-casual restaurant chain, in less than one short year, has experienced a rapid rise by expanding its corporate owned stores from one location to four, recently opening its fourth restaurant in the Wyndham Royal Vista – Pompano Beach. It is interesting to note that all three new locations are situated within Wyndham Hotel properties. For those following this startup chain’s moves, the rapid rate of expansion and the development of a strategic partnership with Wyndham are indicative of a strong positive trend.

The Company is committed in continuing the brand expansion with additional corporate owned stores in the state of Florida and in other areas of the U.S.  In addition, the company has begun to parlay its success and is taking the initial steps into franchising opportunities regionally and eventually nationwide. “We place great value in our relationship with the Wyndham Group for our corporate owned stores and we have definitely received some serious inquiries concerning franchising and are driving the business into this next phase,” said Michael Di Turi, the Company’s co-founder, President and Co-CEO.  “We have recently retained the legal services of renowned franchise lawyer Harold L. Kestenbaum along with iFranchise Group, a premier consulting expert in the franchising industry.” 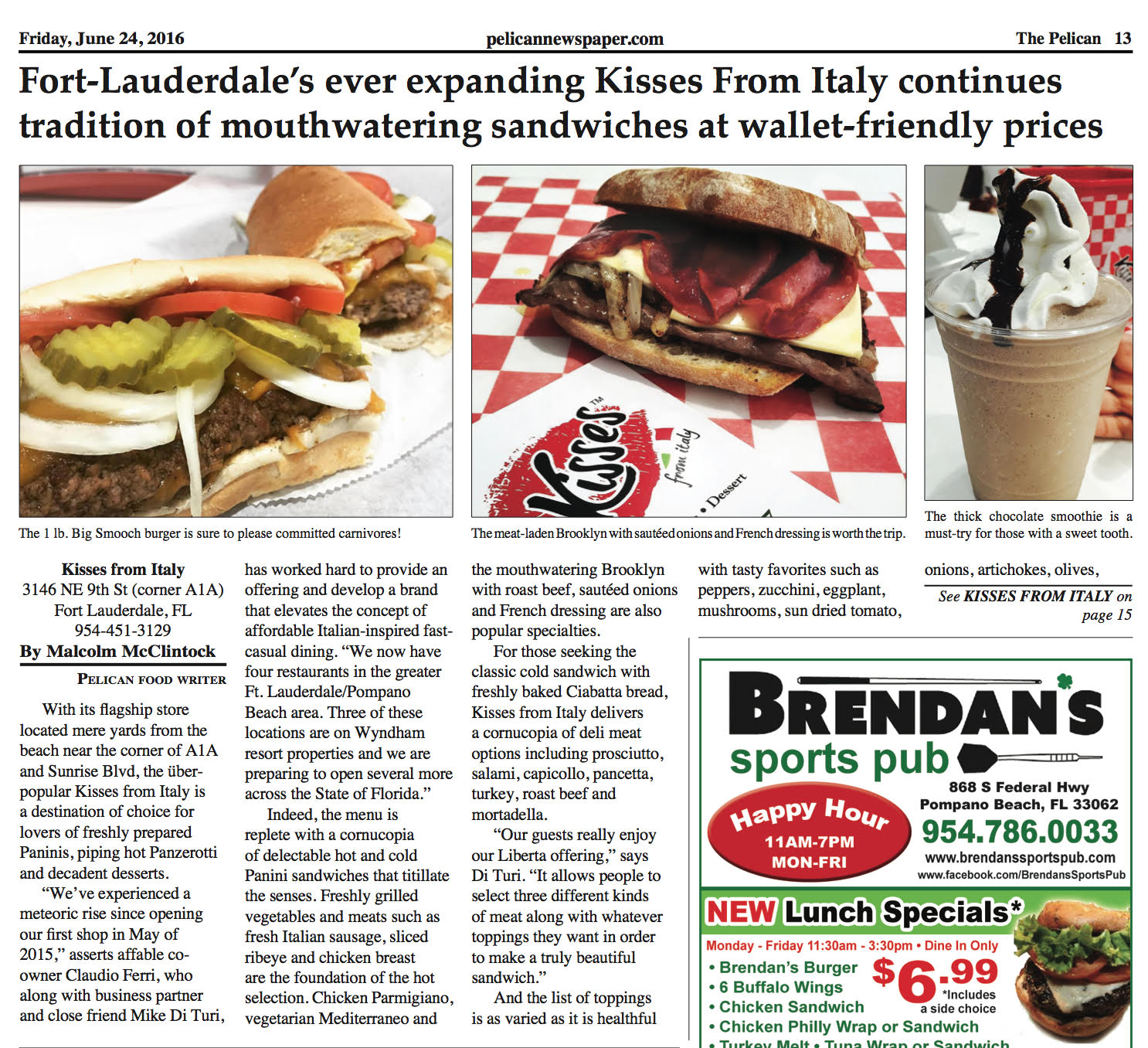 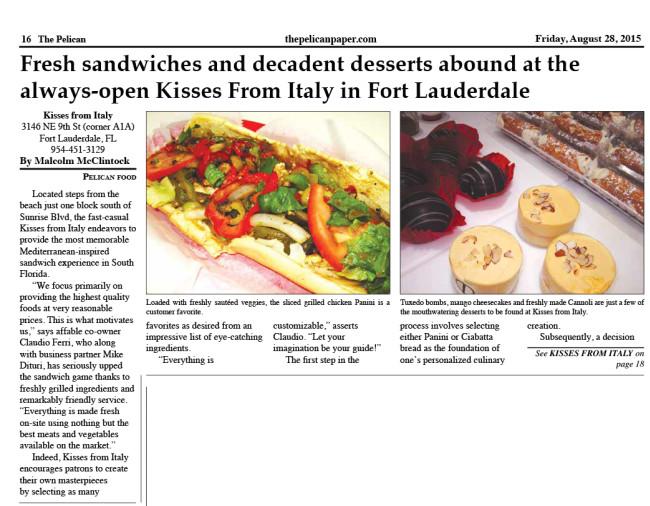 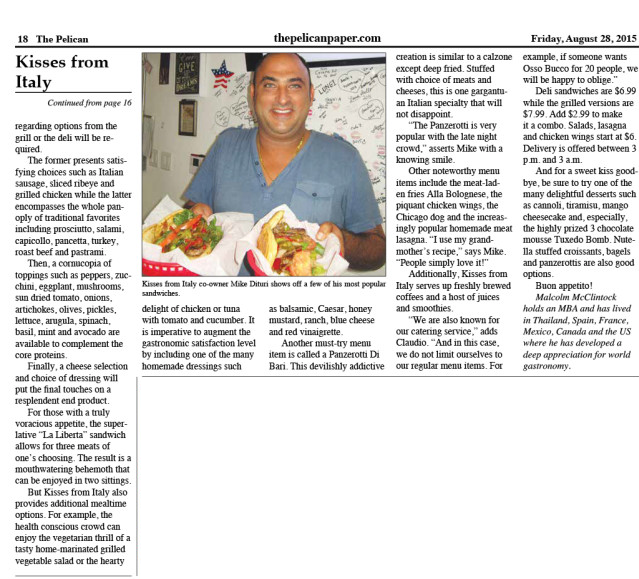